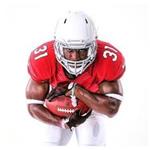 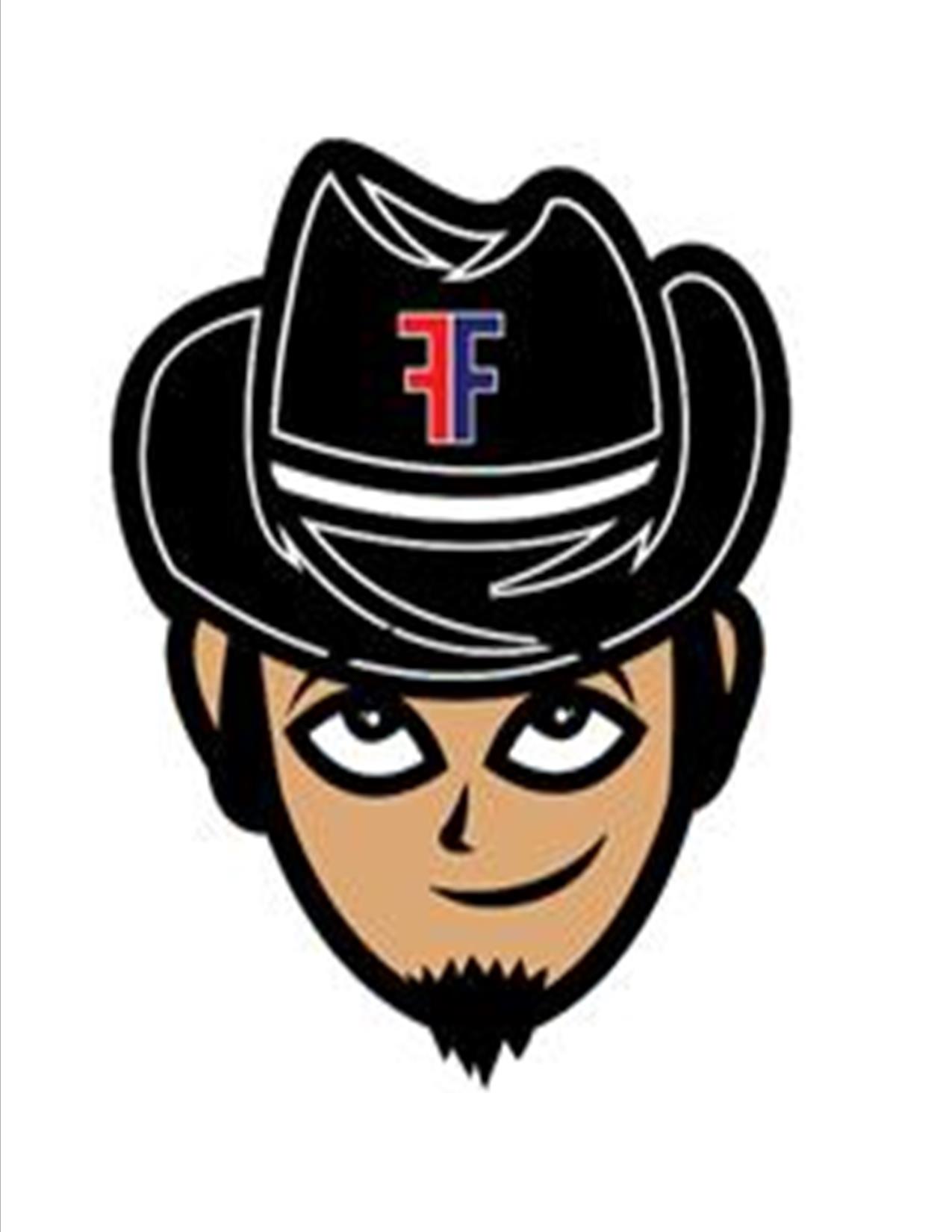 Hello, friends.  Jimmie Maverick coming at you once again!  Even though it’s only week 14, it’s never too early to start thinking about next season!  This is my estimate of where the players will be ranked come next summer.  Of course, a lot still has to be set.  There’s going to be players moving to different teams, coaching changes, rookies coming in, the 2017 schedule still needs to be set (along with bye weeks).  Likewise, one of these guys could suffer a devastating injury between now and the end of the season.  However, this is where I think the first twelve will rank out.

Only 7 of the 12 were ranked this high last season.  You’re also going to see Running Backs reassert themselves back into the top slots at the expense of wide receivers.  This doesn’t mean I think a player like Antonio Brown or Odell Beckham Jr. is any less valuable, I just think that Running Backs like David Johnson and Le’Veon Bell will be picked first.  All these guys are elite #1s but some are riskier than others.

I also have to mention that 3 of the top 12 will be in a contract year next season!  I expect a huge year from the likes of Antonio Brown, Mike Evans and Odell Beckham.

#1 David Johnson (RB-ARI).  Behold the huge shift in draft sentiment.  For the first time in forever, the #1 guy off the board will not be Antonio Brown.  After 13 weeks he has amassed over 1700 yards and 15 touchdowns!  He has been the picture of consistency, earning over 100 yards from scrimmage in every game this season.  When you consider the difficulty QB Carson Palmer and the rest of the offense has had this season, this is amazing.  My biggest concern for 2017 is who will be leading this team.  Carson Palmer's play has been really shaky and I'm betting he will not be behind center next season.  He's also closing in on 300 touches already and many RBs struggle the season after such high usage.  Four Stars.

#2 Le’Veon Bell (RB-PIT).  The first Steeler off the board in 2017 will not be Antonio Brown, it's going to be this guy.  Even though he was suspended the first 3 games of the season, he has been playing lights out during this contract season.  In 10 games played so far he's has 817 rush yards and 501 receiving yards.  His 4 TDs are rather light, but there is no doubt how valuable he is to this offense.  Unlike Antonio Brown, Bell's performance doesn't suffer when QB Ben Roethlisberger is out.  My biggest concern is a letdown after he scores the biggest contract for a RB in NFL history.  His injury history and ongoing drug issues are also red flags, but you can't deny that he is absolutely worth the #2 pick!  Four stars.

#3 Antonio Brown (WR-PIT).  Remember that bet Brandon Marshall made with Brown before the season started?  Well I hope Brown enjoys cruising around in his new Porsche after, once again, proving he's the best receiver in the NFL.  Brown has already eclipsed 1,000 yards and 11 TDs and he still has 4 games to play!  There are players with more yards out there, but no one has more receptions or TDs.  In my eyes, Brown's only kryptonite is how dependent he is on Ben Roethlisberger.   When Big Ben is out, Brown's performance suffers.  Other than that, there is nothing that should deter you from taking this guy as the #1 receiver overall in 2017.  He also is on a contract year so he will be chasing a huge payday!  Five Stars.

#4 Ezekiel Elliott (RB-DAL).  The greatest rookie RB season since Adrian Peterson back in 2007, Elliott has been a revelation.  He was everything the Cowboys hoped he would be and more.  Him and QB Dak Prescott have put together an amazing season together for Dallas fans!  Elliott has already gathered over 1,600 yards from scrimmage with 13 touchdowns to boot!  This team very much reminds me of the success Carolina had back in 2015 and that is their biggest risk.  Neither Elliott or Prescott have faced any adversity this season, so there's a high risk they won't deal well if things don't go their way in 2017.  Sophomore slumps are all too common and that makes Elliott a higher risk than most realize here.  Three stars.

#5 Julio Jones (WR-ATL).  When Julio locked down a $70 million contract after last season, I was not expecting much in 2016.  Julio has been the model of inconsistency with 7 games over 100 yards receiving and 4 games under 35.  That murders fantasy teams because you can never bench a guy like Julio because the upside is so huge, but this is the reason why you won't see alot of him in the fantasy playoffs as those teams suffered too many losses specifically because of Julio.    He leads the NFL with 1,253 receiving yards after week 13.  Still, I expect 2017 to be a much better year.  Shanahan's offense has been spectacular and I'm happy to see that Matt Ryan's career wasn't DOA.  Four stars.

#6 Mike Evans (WR-TB).  I knew that 2016 was going to be a good year for Evans.  He was entering his 3rd season and he’s faced both success and adversity.  He is a target monster on this team and he had a full season with his new QB, Jameis Winston to get in sync.  Lo and behold he becomes the most targeted receiver in the league in 2016!  He's already caught more passes than in 2015 and he still has 4 games to play.   I'm looking for the good times to continue in 2017 as it will be a contract year.  Five stars.

#7 DeMarco Murray (RB-TEN).  After switching teams two times in two seasons, combined with the horrible season Murray suffered through in 2015, I was not expecting much.  Instead, Murray has been outstanding and has regained his status as an elite runner that he achieved in 2014.  So far he's achieved the second highest rushing yards (behind Elliott) and has gotten over 1,350 scrimmage yards with 11 touchdowns.  The fact that he did this coming in cold to a new system, not to mention having a highly regarded rookie, Derrick Henry, breathing down his neck is impressive!  He's probably going to eclipse 300 touches by the end of the season, so that's a red flag but he is a solid first round pick here.  Four stars.

#8 Odell Beckham, Jr. (WR-NYG).  Putting Beckham here (down from his #2 ADP in 2016) is not meant to be a slap to the all-pro.  This is simply the case that RBs have reasserted themselves into the first round.  Despite his slow start each season, and his diva tendencies, Beckham always finishes strong.  So far this season he's caught 75 passes for 1,015 yards and 8 TDs.  It looks like Odell will eclipse 1,300 yards for the 3rd consecutive year.   2017 is a contract year and Beckham will be playing for big bucks!  Five stars.

#9 LeSean McCoy (RB-BUF).  McCoy has put together an impressive year, with almost 1,200 yards of offense and 10 Touchdowns through 12 games.  Most importantly, he has avoided the soft tissue injuries which often kept him limited in prior seasons.  This team is a run first offense and McCoy is the keystone to that offense.  Risks include a potential coaching change (bye bye, Rex Ryan) and the fact that he's going to be 29 next season.  I consider him the highest risk of all the first round runners, take him this early at your own risk!  Three stars.

#10 Jordy Nelson (WR-GB).  Jordy was a super high risk this season because of his age and coming off a season-ending knee injury in 2015.  Despite all of the problems the Green Bay offense has had, Aaron Rodgers is still one of the best QBs in the league and he can chuck that ball all over the place.  As of week 13,  Nelson has 69 catches for 872 yards and 10 TDs.  My biggest concerns with Jordy is the continued uneven play of the Green Bay offense which has struggled for each of the past two seasons.  There is also an outside shot of a coaching change, but that's not very likely.  Four stars.

#11 Spencer Ware (RB-KC).  This has to be the biggest jump in sentiment from last season when he was selected #123 overall.  Merely considered a fill in for all-star Jamaal Charles, Spencer shot out like a bullet and claimed the starting role and never let go.  Even though he's slumped a bit from the start of the season, you have to understand how important the RB position is in Andy Reid's offense.  He's achieved over 1,100 yards of offense and 5 TDs so far this season.  Charles will be on another team next year, so this job is all for Ware.  Sentiment is everything when it comes to the draft and when you have the chance to get a #1 back on a run first team, you take it!  Four stars.

#12 AJ Green (WR-CIN).  AJ is the ultimate boom or bust receiver in the league.   His topline numbers look pretty good, 964 receiving yards and 4 TDs through 9 games.  However, on a week to week basis, he's all over the map with his usage in the game plan.  This makes him a poor choice for season long fantasy.  His talent can't be denied and he’s been much better than I expected him to be.  The hamstring tear he suffered in week 11 was pretty nasty, but the fact that he's set to return in week 15 is pretty impressive.  Three stars.

Well, there you have it.  The top 12 for next year as of early December, 2016.  I'll be posting additional rankings as we move along and I'll be making adjustments as things happen during the rest of this season and into next year.  My Perfect Fantasy Draft is my app to help you win your draft next season.  The app is under construction right now, but it's getting updated every day and as things change, it will be reflected here first.  You can check it out for free right now, just sign up at my website:  fantasyfootballmaverick.com.