You Are Here: Home » Vlog » Beware the Big Contract Hangover on your fantasy team this season!

Beware the Big Contract Hangover on your fantasy team this season!

However, once they’ve been blessed with a huge contract renewal, my opinion of them does a complete 180.  The first problem is that everyone thinks that this new career high for yards and touchdowns is somehow permanent and they are bid up substantially on the draft boards.  Just look at players like Julio Jones (2015 rank #13, 2016 rank #5) or Doug Martin (2015 rank #57, 2016 rank #20).

Now a lot of these guys jump ship after a huge season when other teams start offering them a bunch of money.  I’ve already talked about how free agents are a bad deal here, but I’m also concerned about a big slump coming from the guys that stay with their team.

It’s all about the psychology, they’ve hit the big payday (multi-year, at least $30 million plus signing bonuses and guarantees) so now their mindset is about preserving their physical asset as best they can so they stop taking risks on Sundays and their production slumps.  Here are biggest hangovers I’m predicting for the upcoming season: 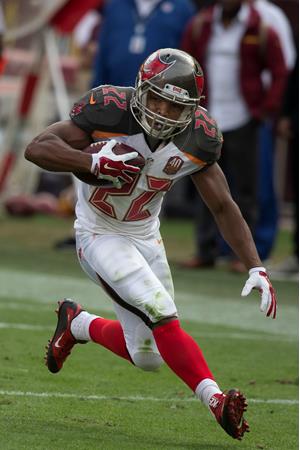 Doug Martin (#20 overall) – Last year was a nice one for the muscle squirrel, but he was coming off of two very disappointing seasons in a row.  Prior to last year he earned 25% of his fantasy points in 3 games (and all of those were in 2012).  He was so poor that Tampa Bay didn’t want to pick up his 5th year option, so 2015 was a contract year.  Martin was stellar and he was rewarded with a 5 year, $35 million contract!  So what do you think is more likely for this season?  Will he maintain his 2015 production of almost 1,700 yards or do you think he’s going to revert back to his 2013 – 2014 production and issues?  I’ll tell you what I’m thinking.  I’m getting shares of his backup, Charles Sims wherever I can.  He’s barely being drafted right now (ADP #141) and he got 1,000 yards of offense when Martin was healthy! 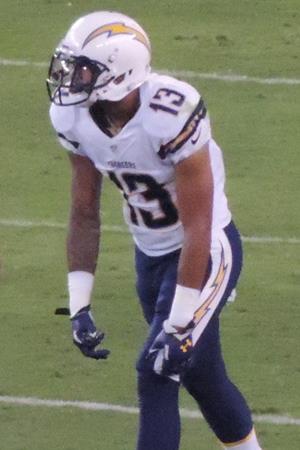 Keenan Allen (#31 overall) – Last season was turning into a nice bounceback for the third year player.  He had almost matched his 2014 total 8 games in when he suffered a ruptured kidney that ended his season.  This year was to be the final year of his rookie contract and I was salivating to get my hands on him as I was anticipating a Julio Jones level of production from the guy.  However, I just found out that he signed a 4 year/$45 million contract extension with San Diego!  This is unfortunate as I bet he could have gotten much more had he played the whole season, but I understand given that he suffered that nasty injury and this contract guarantees $20 million.  Still, I just can’t get as excited about the potential and I would now expect a more pedestrian 1,200 yards, 8 TD kind of output, which makes his current ADP a little high, but he’s still not a bad choice here.

I hate these contract extensions because it immediately turns a positive projection into a negative one.  Along with Keenan Allen, Giovani Bernard also just extended.  Likewise, there is talk of a MONSTER sized contract heading Andrew Luck’s way, ruining another guy I really wanted to get this season.

So who’s in line for a Big Contract Hangover?  Well get My Perfect Fantasy Draft and look for the following icon next to their name on the draftlist! 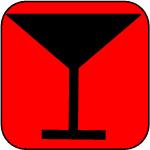 It doesn’t mean they have a drinking problem!  But if you draft them onto your team you’re going to need a drink in order to deal with how disappointing they’re going to be!

Get MyPFD today for only $5!  Create a fully customized draftlist in minutes set to your league’s settings and your personal preferences.