You Are Here: Home » Vlog » Deep Value: Three players you will absolutely not choose for your fantasy team, but you should!

Deep Value: Three players you will absolutely not choose for your fantasy team, but you should!

I’m always on the look for deep value in my fantasy drafts.  I want to find guys who nobody else is looking at to fill out those last few spots on my bench.  All I need is for them to do a little better than they did last season and they will totally be worth the pick.  Today I ventured down into the fantasy dregs (after pick 120) and I have found three players that could substantially help your team this season.  This is not a joke!  You should seriously consider taking any or all of these guys at the end of your draft because the upside is HUGE! 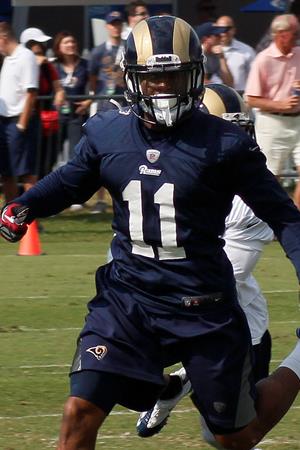 Tavon Austin (WR, LA, current Average Draft Position {ADP} #131) – Tavon has always existed just outside the fantasy relevance zone.  He’s a player that you pick up and he just spends all his time taking up space on your bench until you dump him for another player.  Last season was pretty good for the wideout.   His dual purpose skills allowed him 434 rush yards and he was targeted 84 times (catching 52) for another 473 yards and 9 TDs total.  Now, I don’t know what you think of rookie Jared Goff, but I have to think he’s at least as good as Nick Foles and Case Keenum were last season.  During his career, Austin has been extremely reliable (missing 4 games over the past 3 seasons), his usage has been very consistent and he’s on a contract year in 2016, so I expect him to play lights out!  The coach has said he thinks Austin can double his catches to 100 in the upcoming season, that shows me Jeff Fisher has confidence in his top wideout!  Regardless of what happens, I think his floor is 1,000 yards and 7 TDs, which puts him as a solid flex option every week as a minimum. 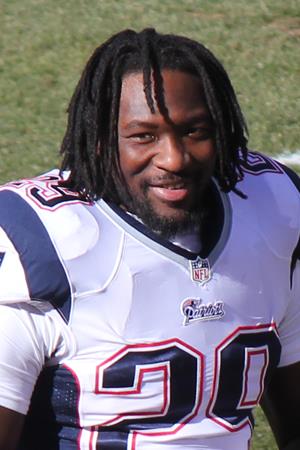 LeGarrette Blount (RB, NE, current ADP #144) – Strike one against Blount is the fact that he’s a running back on Bill Belicheck’s team.  Strike two is that he’s now 29, an age when most runners “hit the wall” and their production declines quickly.  Strike three is he’s not even the starter, that’s reserved for dynamo Dion Lewis who is currently being drafted #65 overall.  However, I can’t help but like the situation Blount is in at least for the first month.  First of all, Brady is suspended the first 4 games, so you have Jimmy Garrappolo playing in his stead – a man who threw 4 passes in 2015!  Belicheck knows the limitations of his QB so he’s going to change his gameplan accordingly.  I look for an emphasis on the run game and staunch defense to win while Brady is out.  When it comes to a power run game, who do you trust, Lewis or Blount?  Blount is the smashmouth guy.  Blount is also a lot more reliable than oft injured Lewis.  Did I mention it’s a contract year for Blount?  Legarrette doesn’t need to be great for the whole season, but he will be start worthy during September and you can get him for nothing at this point in the draft. 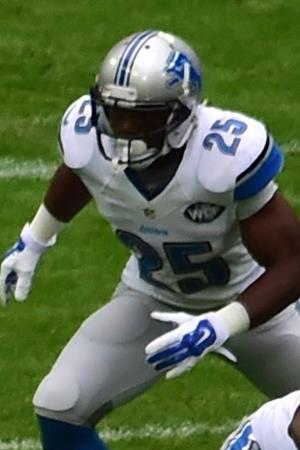 Theo Riddick (RB, DET, current ADP #163) – There is no love for the Detroit backfield this season.  Everyone who got burned on Ameer Abdullah and Joique Bell last season have good reason to stay away.  I’m not expecting much from the Detroit offense now that Megatron is gone, but I’m betting they’ll be playing from behind a lot and that’s why I have to recommend Theo for your team!  Riddick had a decent season as a poor man’s Danny Woodhead (rushing for 133 yards and catching 80 balls for 697 yards).  Riddick saw his usage almost double from the prior year and his reception percentage was off the charts good (80 catches on 99 targets).  Now that Megatron is gone, some of those targets are going to go his way.  Also, like the two players above, Riddick is in a contract year!  If you’re in a PPR league you need to get this guy!

Want to easily find the hidden value in this year’s draft?   Then you need to buy “My Perfect Fantasy Draft”!  My app will help you create a fully customized draftlist in minutes set to your league settings and your personal player preferences!  Get it here for only $5!