You Are Here: Home » Vlog » Immediately draft a better fantasy team by following this simple rule! 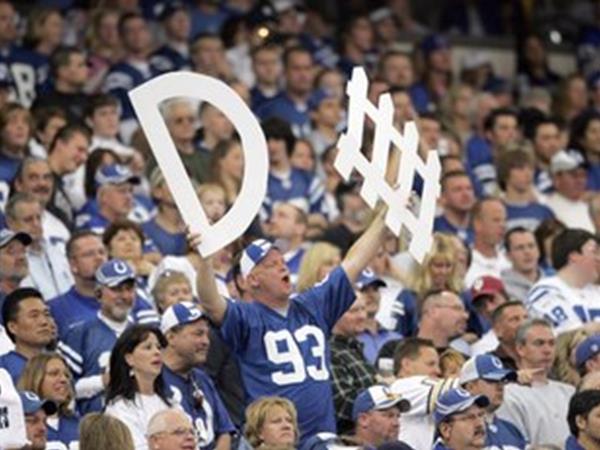 If you’ve struggled with the draft in the past and want to immediately improve your game you need to pick your defense and your kicker with your FINAL TWO PICKS!

It never fails, inevitably at round eight the defenses start coming off the board.  This year you can bet that Denver, Seattle and Carolina will probably be the first three picked.  Then starting in round nine a bunch of kickers start to go.  Now you’re going to feel really pressured to do the same.  After all, you don’t want all the good defenses and kickers to be gone by the time it comes back to your turn.  I’m here to beg you to buck the trend and keep picking offensive players during these critical two rounds!

In 2015, the top defenses that came of the board were:  Seattle, Buffalo, Houston, Philly and St. Louis (now LA).  It wasn’t surprising that these were the top picks as they were all the top fantasy defenses in 2014. However, of that group only the Seattle defense was able to finish last season in the top 5.  In the meantime, some of the best defenses last season like Denver, Carolina and Kansas City were either lightly drafted (Denver was the 11th defense picked, ADP #134) or not drafted at all.  Seattle has been the only defense that's been a top 3 pick and turned in a top 5 performance each of the past three seasons but their defensive coordinator is now coaching Atlanta, do you still want to take a chance on that?

Kickers are even worse as there is virtually no point differential between the #1 kicker and the #10 kicker each season.  Of course, Stephen Gostkowski is a rock, but over the course of the season he only scores about 30 points more than the #10 kicker, which averages out to less than 2 points per week!  It’s just not enough of a difference to make it worth a 9th round pick!

Reason #2:  There is still some fantastic talent available on the board in the 8th and 9th round.

Reason #3:  There will still be decent options for defenses and kickers in the final two rounds, but that won’t be the case for offensive players.

The pool of quality offensive players shrinks substantially when you get into the 14th round.  The I’m sure we can agree that players like Isaiah Crowell (#131), Martellus Bennett (#132), Tavon Austin (#133), Matthew Stafford (#141) and Nelson Agholor (#146) don’t exactly light the world on fire as potential every week starters for your fantasy team.

On the flipside, there will still be upwards of 23 defenses and 23 kickers still available to choose from.  The risk is next to nothing if they don’t work out (unlike your teammate who will stubbornly start Denver every week, even if they suck).  Last season defenses like Kansas City, Carolina, Cincinnati and Pittsburgh were barely drafted and they turned out a top 10 performance by season end.

If you want to rule your league, follow my advice and take a defense and a kicker last!  Your team will be all the better for it!

Want to rule your draft this season?  You need My Perfect Fantasy Draft.  It will help you craft a fully customized draftlist in minutes set to your league’s setting and your personal player preferences.  Get it today for only $5!