You Are Here: Home » Vlog » Three Reasons Why No One From This Weekend's Super Bowl Will Be On My Fantasy Team in 2017 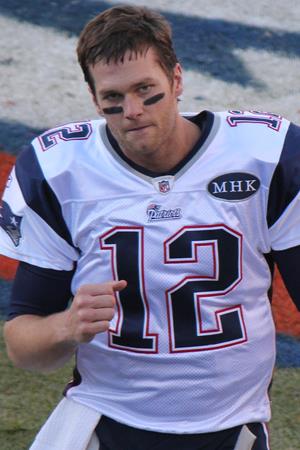 Hello, friends!  Jimmie Maverick here and I’ve been hibernating this past month.  Just enjoying the playoffs and basking in the glow of my two fantasy championships (out of three leagues).  However, now is the time to get back to work.  I’ve just started working on my 2017 update of My Perfect Fantasy Draft app and the improvements will definitely make your team even stronger for next season!

In the meantime, we’ve got a big game coming up this weekend!  Regardless of the results (New England is going to win this one) when it comes to next year’s fantasy draft, I am going to stay well clear of all the superstars playing and here’s why.

1. EVERYONE PLAYING IN THE SUPERBOWL WILL BE BID UP SUBSTANTIALLY IN NEXT YEAR’S FANTASY DRAFT.

It’s called recency bias – the phenomenon of a person most easily remembering something that has happened recently, compared to remembering something that may have occurred a while back.  Just because these players were successful in 2016 is no guarantee they will again be successful in 2017.  When we get back into draft season in August, everyone is going to remember that Tom Brady and Matt Ryan were the QBs in the Super Bowl and I predict both will be top 5 picks in that position next season.  That means they are much riskier bets than last year when Brady was the 11th QB picked and Ryan was almost forgotten as the 20th QB drafted.  These guys both offered great value for their draft position and kudos to those that took a chance on both in 2016, but next season is going to be a different story as the value will not be there.   Look at Cam Newton, in 2015 he was the 9th QB picked and he was outstanding, garnering 3,837 passing yards, 636 rushing yards and 45 touchdowns!  He was bid up to the #2 QB taken in last year’s draft and wow did he slump badly in 2016 will 600 fewer yards and 21 fewer touchdowns.  Don’t buy the hype, there will be very little draft value in all the guys playing this weekend!

2.  SITUATIONS FOR PLAYERS WILL BE MUCH DIFFERENT NEXT SEASON.

Last year Legarrette Blount had an almost perfect situation.  With Brady missing the first 4 games you knew that they were going to be leaning on the running game more.  Likewise, Dion Lewis, the only other legitimate running threat, was on injured reserve and didn’t play until week 11.  The result was an epic season and he was a great pick with an average draft position (ADP) of 99.   Now that he had an 1,161 yard, 18 TD season, I predict his ADP will move up into the 30s, which makes him an extremely risky pick given that Dion Lewis has stolen a lot of work from Blount since he came back from injury.  Now there is a good chance that Blount will be on another team come September (he is in a contract year) and he turns 29.  All of these items make it very unlikely that we will see a repeat of his performance in 2017.

3.  IT IS EXTREMELY HARD TO MAKE IT BACK TO THE SUPER BOWL FOR TWO CONSECUTIVE SEASONS.

Since 2000 only two teams have repeated Super Bowl appearances (New England in 2004-05 and Seattle in 2014-2015).  Last year’s big game was Carolina against Denver and both those teams failed to make the playoffs this season.  Between free agency and coaching changes it is extremely hard to maintain a championship level team from one season to the next.  I’m betting that New England will make the playoffs in 2017 as they are perennial contenders, but I can’t say the same thing about Atlanta.  The fantasy draft is all about picking guys with upside relative to their draft position and the chance of either of these teams improving from what they did this year is extremely low compared to other teams.

So there you have it.  My first article of 2017 and I am already excited for next year’s draft!  Please like my page of Facebook for updates and articles about how to win your fantasy draft and win your league next season!